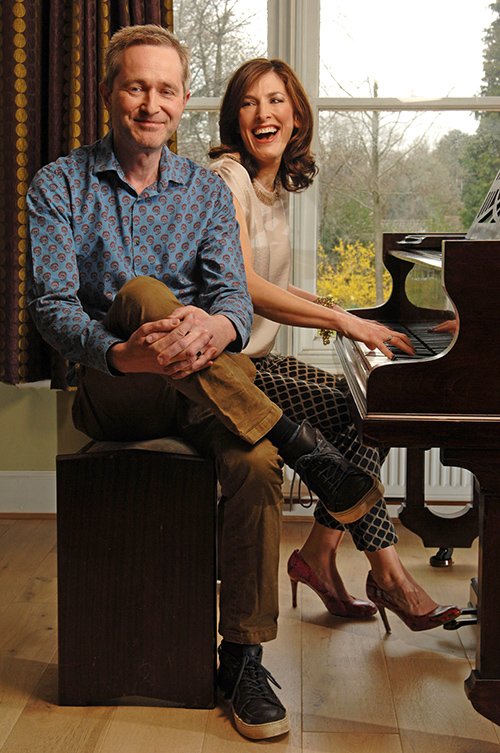 James Morgan and Juliette Pochin formed their partnership Morgan Pochin whilst undergraduates at Cambridge, and have gone on to work in a huge variety of fields, from EMMY award winning TV series to UK album chart successes, feature films and compositions for the concert platform and stage.

Their most recent composition, The Salisbury Anthem was commissioned by Salisbury Cathedral to mark the 800th anniversary of the founding of the Cathedral. It will involve the whole community in the performance, professionals and amateurs and will be premiered and broadcast on BBC Radio on 28th April 2020.

Their music has been broadcast on BBC R2 and 3, Classic FM and on BBC TV and ITV, including the Classical Brits, and performed by most of the major UK orchestras. The Brighton Festival commissioned them to compose a new guide to the orchestra with Michael Rosen and The Great Enormo, a Kerfuffle in B flat went on to be performed by the CLS at Brighton Dome, the CBSO at Birmingham Symphony Hall, the South Bank and was translated into Portuguese for performances there. Other commissions include Kubla Khan for the Philharmonia Orchestra, brass band and chorus, Kyrie premiered on BBC R3 with the BBC Singers, orchestration for Tangier Tattoo for Glyndebourne, Diva (Danielle De Niese), Peter Gabriel, Fatboy Slim, Michael Bolton, and Katie Melua. More recently they were commissioned to compose Invictus, a Cantata for Freedom for orchestra and massed choirs premiered at the Brighton Dome as part of the Magna Carta celebrations and have just recorded in Abbey Road the Soundscapes co-written with Pete Townshend for his new opera.

They are currently working on a new jazz-inspired choral work for 2021, with generous support from ACE.

James (conductor) and Juliette continue to perform together throughout the UK. In 2018 they were presented with a Points of Light Award by Theresa May at Downing Street for services to charity - they put on two gala performances at the Royal Albert Hall Symfunny No.1 & No.2 for Parkinson's UK.