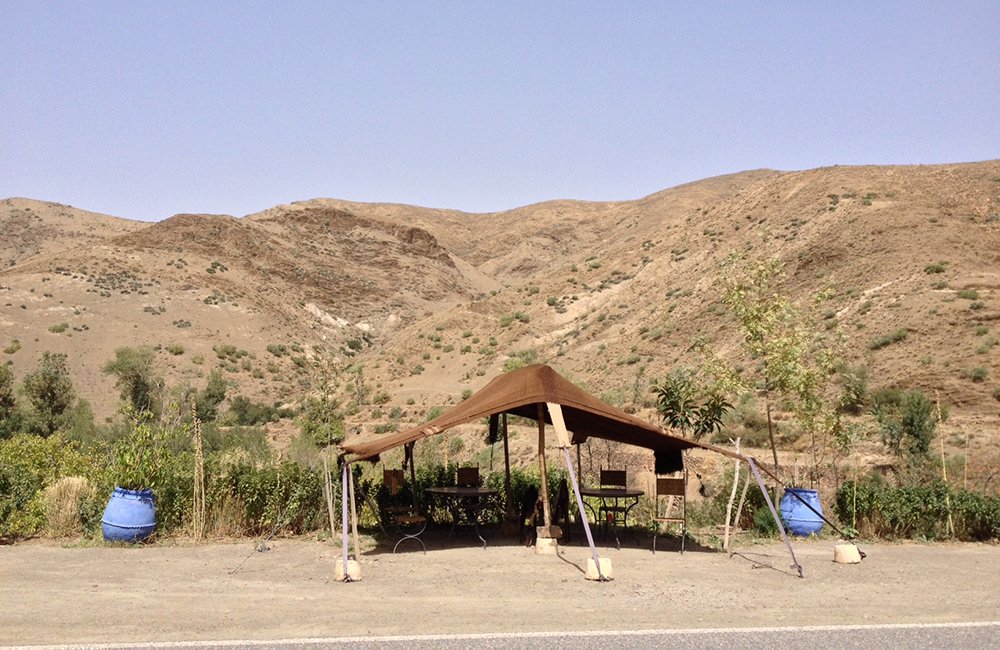 This is a photo of the service station I stopped at to ‘refresh’ halfway through a 4 hour drive though the Atlas Mountains last week. Before you ask, they didn’t sell coffee. I was on my way to work on the set of a film being shot out there, in the same place as Lawrence of Arabia, Gladiator, The Mummy and pretty well any film involving sand in the last few decades. The music we have written features middle eastern instruments from about 50BC onwards because this is a film about Jesus’ life or rather, despite being called “Killing Jesus “. Rest assured I won’t ruin it for you by telling you what happens!

Turning up at 6pm on my first night shoot, the set looked amazing and much as I struggled to get through the shoots (I don’t know how the crew do it night after night), I won’t forget sunset and sunrise in the desert for a while. Equally memorable was seeing Frasier as Herod, fantastic casting!

It’s James’ turn to go on set next week.