Ella Centenery with the LSO 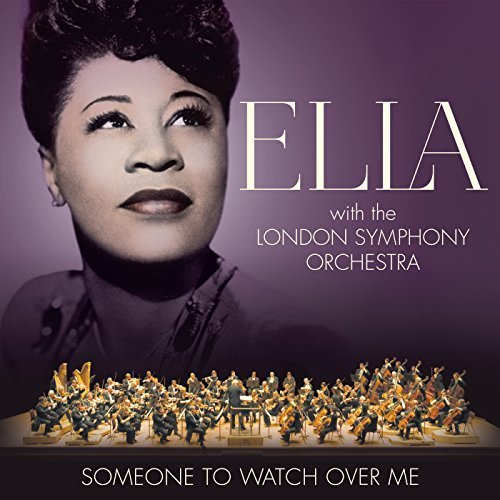 The centennial of Ella Fitzgerald’s birthday has been celebrated throughout this year and now culminates with the release this Friday of SOMEONE TO WATCH OVER ME. It’s been two years of work for us and features digitally remastered vocal tracks from Ella’s original Decca and Verve recordings paired with newly orchestrated and arranged performances by the London Symphony Orchestra and a duet from Gregory Porter.

When I use the words, two years of work, I’m simply acknowledging that we were paid to produce this record BUT it certainly didn’t feel like work! In fact (and don’t tell the label this) we would have paid them to produce it.

We deliberately chose Ella’s early recordings from the Decca and Verve catalogue since mono tracks gave us the potential to do something transformative with the sound. These early recordings were very sparse, with often only Ellis Larkins on piano, or a small band that included Ella’s husband Ray Brown on bass and as a result, the minimal instrumental immediately opened up lots of possibilities for adding an orchestra. We felt a huge responsibility as we handled the original masters of such an iconic artist. At all times we took the greatest of care to only enhance the original recordings so that the new orchestral additions added color and warmth and didn’t dominate the end result. Often the choice was made to leave in an Ellis Larkins piano riff rather than impact the quality of the original vocal, so instead we would echo the riff with the orchestra so it sounded entirely natural.

For tracks where we didn’t need to extract the vocal, we were forever giving thanks for the incredible quality of the original recordings – the vocal right up front, rich and warm. We constantly marveled at how amazing, faultless and natural her vocal sounded without all the so-called expertise we use to record in this day and age.

The recording was mixed at Medley Studios in Copenhagen, where Ella spent much time during her lifetime. Whilst mixing, we kept hearing a noise we couldn’t identify until one of the engineers realized it was the sound of Louis Armstrong fiddling with his trumpet valves. We decided to leave that in the mix; you don’t silence Louis after all.

There is not a big campaign behind the release of this record, I’m going on Woman’s Hour this Friday to talk about it and we are both talking to Danny Pike at BBC Sussex on his Saturday breakfast show, but we are extremely proud of how it has turned out and I would urge you to have a listen.